Close to 75 interviews were completed in the years leading up to the completion of Bass Line Continuum. Many of them did not make it into the book for various reasons. Some were completed before I had any plans to publish a book and the subject matter did not fit the themes of Bass Line Continuum. Others were not transcribed and/or edited in time for the release. In the case of Rudy Sarzo, we simply ran out of time and his interview did not make it into the final print. Tonequest is proud to present this interview now...

JR: How did you come to play bass and who were your early influences?

RS: I started out playing guitar in the early 60s during the British Invasion. When my family relocated to Miami in 1966 there were too many guitar players in my neighborhood so in order for me to join the band I was requested to switch to bass.

My influences then and now are everyone from McCartney, Jamerson, Entwistle, Tim Bogert, and current influences such as Wooten, Laboriel, and Marcus Miller. All the greats! As it happens, I grew up in Miami and watched Jaco play around town numerous times. Incredibly inspiring and scary!

JR: What is your approach to practicing?

RS: My approach to practicing has evolved through the years thanks to all the educational resources available on YouTube and other social media. I'm constantly learning new right and left hand techniques and deepening my knowledge of music theory. I don't only watch bass lessons on such sites as Scott Devine's but I also watch piano and guitar lessons to broaden my music theory knowledge. So basically I lean more towards learning rather than practicing what I already know.

JR: When do you feel you found your own style on the bass?

RS: As far as tone, it's a work in progress since I do multiple projects and must adapt my tone to the sound of the group. I've been playing since late 60s and the role of the bassist has evolved through the years. I was a more melodic and adventurous bassist playing gigs in the 70s than I when I became a recording and touring artist in the 80s due to the shifting role of the bassist becoming more supportive root playing and less riffing. Now it's come full circle and I'm back to finding the balance between being melodic modal/pentatonic riffing and chord tone groove playing.

JR: Do you have any advice for bassists struggling to stay positive about their playing?

RS: I've been there and what works for me is to approach the bass from different perspectives. Let's say I'm working on my slapping and I hit a wall. I'll then switch over to a guitar style finger picking and work on that and try to incorporate it into my slap groove playing. Look, the possibilities on the bass are endless, if you watch videos from modern bassist you'll see some of the most amazing new techniques considered unimaginable a few years ago. And they inspire me not only to catch up with these techniques but also to come up with some of my own. Having said that, unless you are in a playing situation that allows you to be progressive and outside the box with your playing you are not going to get to display the full scope of your abilities. But then again there's nothing wrong with being in various projects that will satisfy your both your commerciality and virtuosity.

Rudy Sarzo is a professional recording and performing artist worldwide for over 35 years. As a member of Ozzy Osbourne’s band, from March 1981 to September 1982, Rudy toured the world in support of the Blizzard of Ozz and Diary Of a Madman records. His bass playing can be heard on Ozzy’s multi-million selling CD Tribute and Speak of the Devil CD and DVD.

As a member of Quiet Riot, from September 1982 to January 1985, Sarzo recorded the multi-platinum albums Metal Health, the first Heavy Metal debut to reach #1 on the Billboard charts, and Condition Critical. 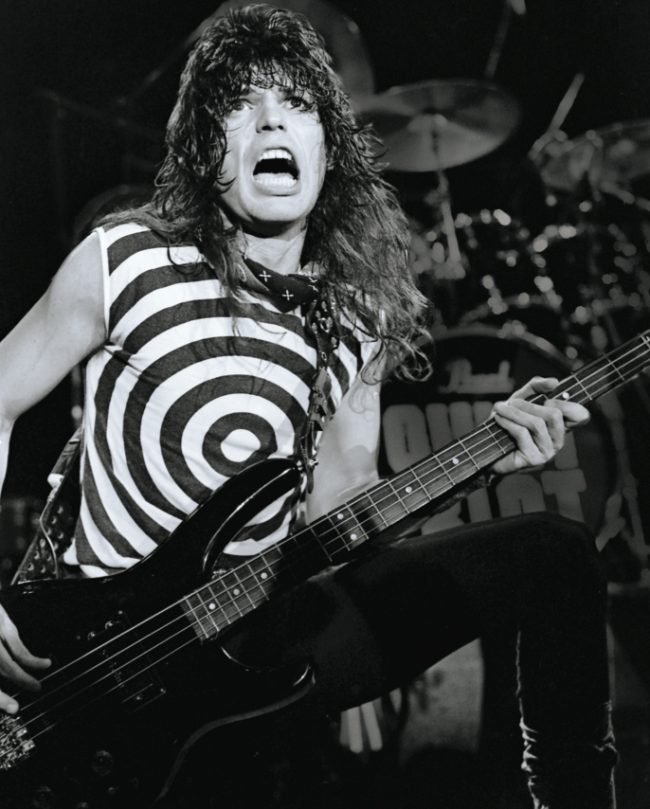