Close to 75 interviews were completed in the years leading up to the completion of Bass Line Continuum. Many of them did not make it into the book for various reasons. Some were completed before I had any plans to publish a book and the subject matter did not fit the themes of Bass Line Continuum. Others were not transcribed and/or edited in time for the release. My original idea for the book was to cover more that just bass players. I reached out to one of my all-time favourite musicians, trombonist Fred Wesley (James Brown, The JBs, Parliament-Funkadelic). I was delighted when he agreed to the interview! As the focus of the book shifted to bass, Fred's interview was filed away. Here is the full interview, for the very first time...

JR: Do you have any advice for musicians struggling to stay positive about their playing?

FW: First of all, you have to be sure that it’s what you want to do. You have to have a positive attitude about what you’re doing in anything. Playing music, playing sports, accounting. Anything you do you have to be positive about it. Playing music, especially playing the trombone, you have to practice. I’m a good trombone player but I would be a great trombone player if I had practiced more. I only practiced when I had to. When I practice just because, I become better and better and better, but I’m so good naturally that I don’t practice much.

JR: When I think of your playing, no one sounds like you. You know right away it’s you playing. How did you find your own voice on the instrument?

JR: Were you listening to trombone players?

FW: Not at first. I was listening to guitar players and saxophone players. When I discovered J.J. Johnson and Curtis Fuller I decided that I wanted to play like that. That’s the two most trombone players I wanted to sound like.

I really don’t like the way most trombone players sound. Don’t hold this against me. Don’t write it because I don’t want it to be a matter of record. [Laughs.] I try not to make it sound like a trombone. Most players play like they’re pushing notes out of the instrument. They play specific notes, or use specific things on the trombone and I try not to do that. I want it to sound like talking or singing. Not the way most players tongue, double tongue and triple tongue and play very high. I don’t do that. I just play the way I feel.

JR: You function equally within the section and as a soloist. How do you find that balance?

FW: I’ve heard it said that if I’m in a section, the section sounds like I’m in it. You can tell when Fred Wesley is in a section. I’m not braggin’ or anything but they say that I take on sort of a lyrical sound. A different sound when I play. All the other instruments kind of glom toward me. I try to solo the same way. Now I’m not a good reader but when I got the lick then I play it like I own it. I can read pretty good but I can’t read real good. Most cats can look at the music and read it down. Once I got it, then I play it my way. Then most horn players will play it the way I play it.

I just refuse to play exactly like anyone else. A lot of this stuff is god given. I really can’t explain why I do it, or how I do it. I play in the way I want to play it. I don’t try to copy anybody. There are great trombone players out there. Wycliffe Gordon, Steve Turre, even Trombone Shorty. Wycliffe Gordon does some amazing things on trombone. But I don’t even try to do that because it’s his thing. My thing is my thing.

Legendary bandleader, trombonist and author Fred Wesley is one of the forefathers of funk still setting the standard with his jazz-funk band The New JBs. Together for more than 25 years, the band is a living celebration of roots funk and more, performing such hits as “Pass the Peas” made with James Brown and the JBs including Maceo Parker, as well as selections from the P-Funk years and Fred’s own and others’ soulful jazz and blues compositions. www.funkyfredwesley.com 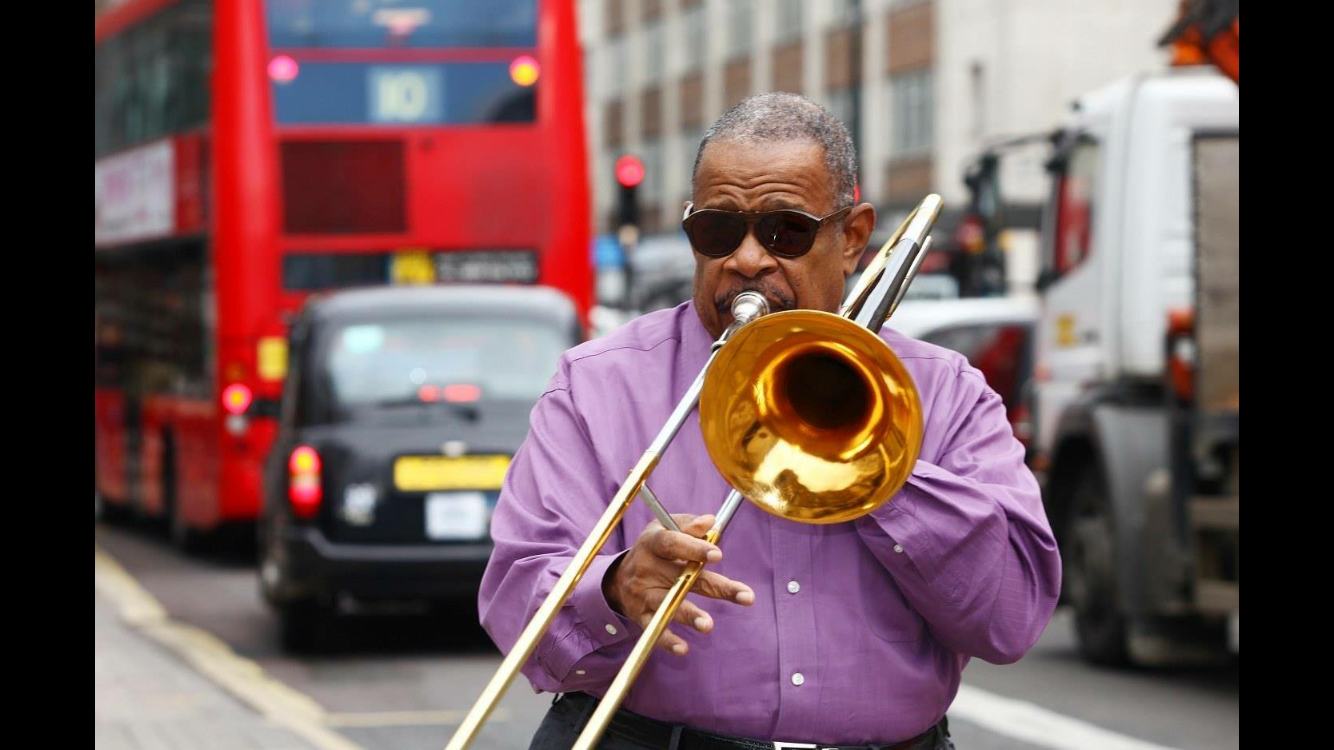